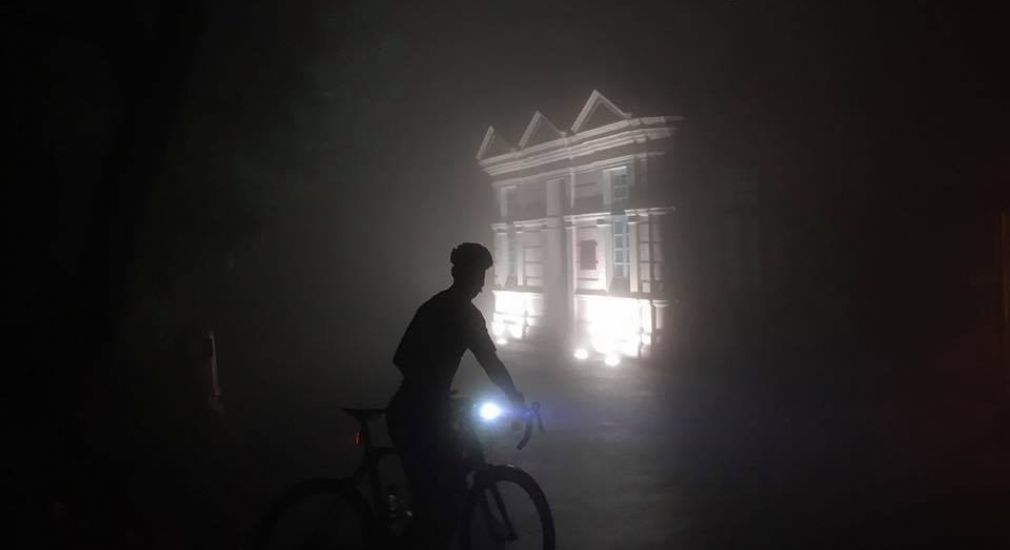 A tale of Strava stalking, the foggiest day in history, poor descending, and what it means to be a "SIR"

I am from Kansas in the US.  Yes, like the Wizard of Oz, and I know I am not in Kansas anymore Toto.  When we learned we had the opportunity to move to Hong Kong, one of the first things I began investigating was how the cycling conditions were here.  In a Google map search I was pleasantly surprised to see amazing topography with mountains and beaches. I also came across a cycling club called South Island Road Cycling in a Google search.  I joined the former Yahoo group and began following the messages and ride info.  Great!  I had a group to join for rides and stunning scenery.  I had a mountain bike and time trial bike at the time so had those boxed up carefully for their long 1 month boat journey from the US to Hong Kong.

When we arrived in Hong Kong for the first time I remember being a bit alarmed by the narrow roads and busy traffic, especially on the main island.  I also noticed it seemed quite hilly, everywhere!  I wondered how well I could climb and descend hills on my TT bike, as I didn’t really have experience with that coming from Kansas.  I remember posing the question to the SIR group about recommendations of riding a TT bike on the island.  I got quite a few responses back, almost immediately, that a proper road bike would be needed to navigate Hong Kong island properly.  I got a new road bike sorted and was all set to join the group!  But I still had a big problem…I was scared about getting to the rendezvous point.

It feels silly writing this now as I have made many trips to the infamous Sinopec gas station from our building, but I was genuinely scared about how to arrive there in one piece at first.  So scared, in fact, that I began a Strava stalking project with the goal to identify another SIR riding in to Sinopec from the south side of the island like me.  This is about a 30 minute ride to the rendezvous, in my defense, so wanted some help on my first go.  After a bit of stalking effort, I came across a perfect wheel to follow.  According to Strava, a gentleman name “Bo Kratz” looked to be riding to Sinopec, up the Peak, and back on Tuesday mornings from what appeared to be my same building!  I searched the email list in the SIR group and found Bo’s email and asked if could follow him sometime.  Those who know Bo won’t be surprised to hear that he responded promptly and was happy to teach me the ropes.  We actually lived in the same building and he said to meet downstairs at 5:15am for the next Tuesday Peak Ride.  Little did I know that I was going to be riding with “THE SIR” himself, the Founder of South Island Road Cycling!

My first SIR ride happened on what I believe was the darkest and foggiest day in Hong Kong history, February 2, 2017 (see blog picture). I was keeping up with Bo and he said I was doing “well”, but he was likely being kind.  We arrived at Sinopec a few minutes before 5:45 and waited, but no other riders showed that day.  It was just me chasing Bo’s tail light.  We climbed and climbed for what seemed like hours, to a flatlander like me at least.  At one point I asked Bo, “I hate to ask, but are we almost there?”   He said,  “I hate to tell you this, but no.”  Then he laughed!  We were a little over half way up the mountain. The fog got thicker and thicker as we went up Mt. Austin.  I could barely see Bo’s tail light.  The fog was actually a blessing as I couldn’t see how steep the elbow section on Mt. Austin was, or my red line heart rate.  Then finally we reached the “top” according to Bo.  It just looked like fog and darkness to me but I took his word for it.  Next Bo had to endure my slow motion descent.  I had never descended a mountain on a bike, it was dark, it was foggy, and I was a little scared, so you can imagine what that was like.

We eventually made it back to our building, The Manhattan, on the south side of Hong Kong island.  Bo told me I did a good job, suggested I get a SIR jersey on the next ordering period, be here next Tuesday, then shook my hand.  Did he have to show some crazy guy from Kansas how to ride on Hong Kong island? No. Did he have to wait at the top and bottom of all the hills?  No.  Did he have to make sure I made it home safe to my family?  No.  But he did.  I think this leadership and kindness is what being a “SIR” (male or female) is all about.  It is definitely why I am proud to be part of this great club.

As a tribute to this first “stalking” ride there is a Strava segment called “Manhattan to Sinopec - The Stalker” that you can check out on your next ride through the hood. 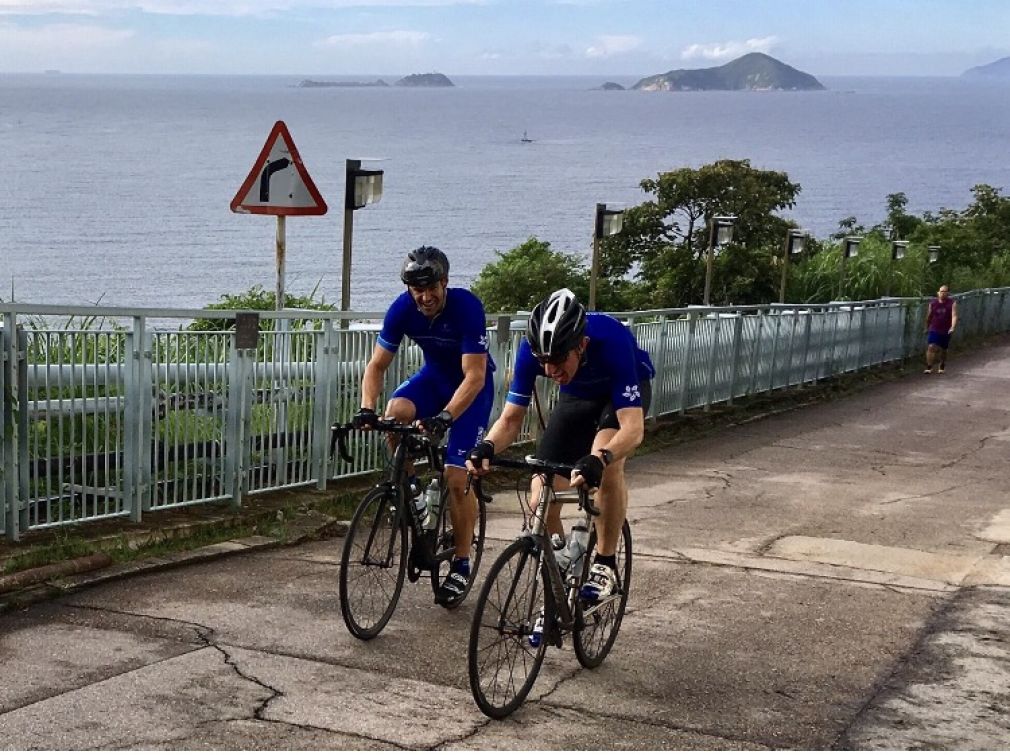 Bo whooping Paul up yet another climb