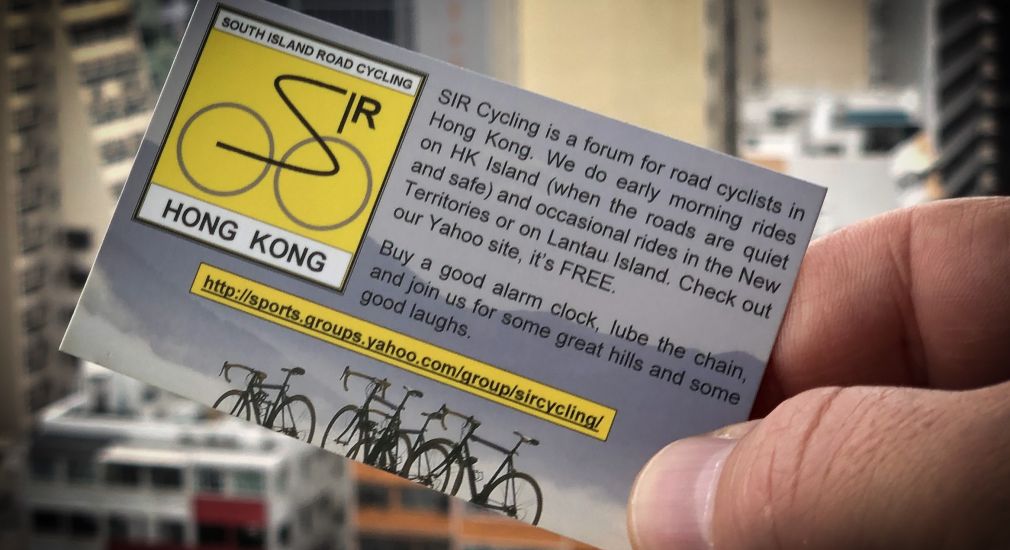 It started with a card and a lie...

SIR Cycling started in 2004 with a card and if not a lie, at least an exaggeration. This is how it all happened. 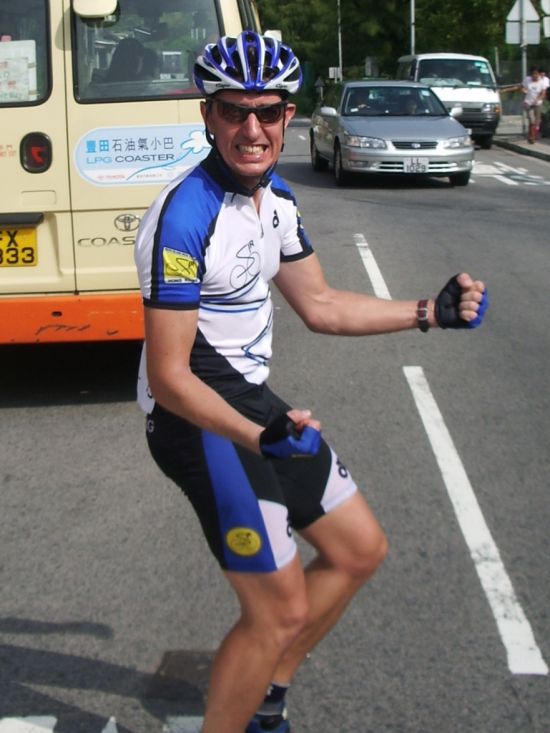 I came to Hong Kong from Singapore in the summer of 2004 and was struggling to find enough riding buddies to get me out of bed in the mornings. I was inspired by my club in Singapore, ANZA Cycling, so I simply stole their concept. Said and done, on November 7th 2004 the SIRCYCLING Yahoo group was born and you could argue, so was South Island Road Cycling.

This was a few years before Facebook was publicly available, so Yahoo was actually state of the art. I was living in Tai Tam at the time, so the choice of starting time and meeting place was simply picked to ensure that I could get to the Peak and back home in time for a shower before heading to work. None of the food venues in Shek-O served anything resembling coffee at the time, so the coffee stop in the early years was at Pacific Coffee in Stanley, also incidentally very convenient for anyone living in Tai Tam.

So, I had a website, a meeting point, a coffee shop, but no buddies. Well that was not entirely true, I sometimes rode with Chris McLeod, but he was training hard for his Ironman races and could not devote as much time to road cycling as I wanted. I found a small printing shop in Taikoo who helped me to print a few hundred cards with basic information about the group and the link to the Yahoo Group. I put a stack of cards in a small bento box on my toptube. Over the next few months I did a lot of interval training. As soon as I saw a cyclist, I would race to catch him and then hand over a card.

The sales-pitch was as simple as it was untrue. “We’re a group meeting at the Shell petrol station on Wong Nai Chung Gap Road, why don’t you join us". In actual fact there was no group, it was mostly just myself. But I kept going and one day I came across this guy with his headphones deep into his ears. I rode up to him and started chatting, but there was no response. I later found out that it is hard for any sound to make it past Firestarter by The Prodigy. He eventually managed to get the headphones out and I gave him my sales pitch. “Good On-Ya” he replied in Australian, put his headphones back and rode off. I was not sure what to make of that, so I decided to just continue chasing cyclists.

The guy with the headphones stalked us for a while but when he eventually showed up, there was no way to stop the live narration of Mr. Bemet.

The group quickly grew before my “lie” was exposed and the rest is, as they say, history.